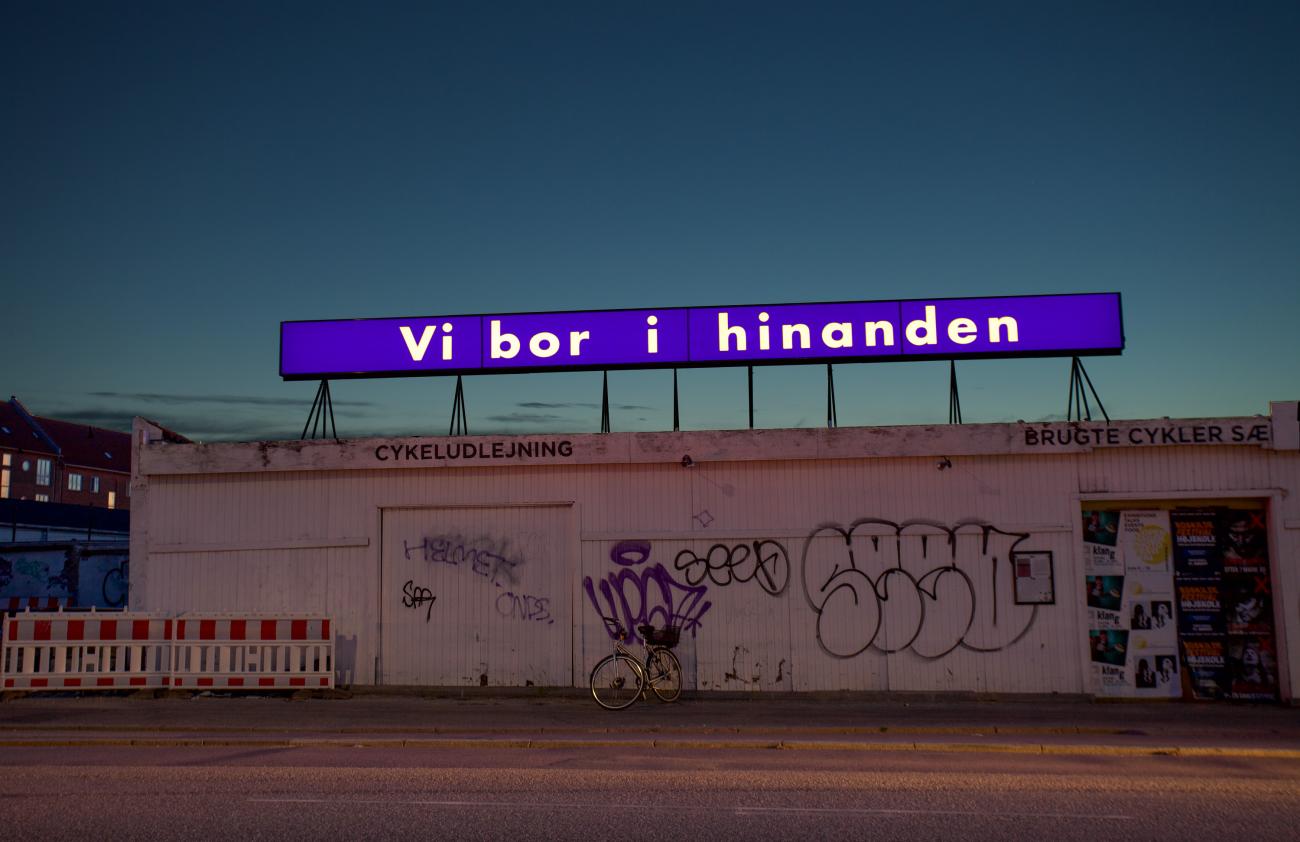 Anette Harboe Flensburg's work for RoofTop is the statement we live in each other. The sentence stands open in public space where countless of people's roads daily cross. To live in each other is attached to the conception of how to carry other people with you. It can be your nearest just like it can be those you incidentally meet and never see again. Even those we lose - or expel - achieves a being in the consciousness of the living.

In the conception of how the body as a holster can contain other people there is a special sensibility towards the possibilities of metaphysical space. Here, existential philosophical considerations such as the borders between body and soul and between alone and together unfold. For the most such considerations are key. A sensation of a deep universal cohesion can lie in the statement we live in each other.

The universal is supported by Flensburg's use of the word we. We can both be an anonymous collective mass, a "you and I" and a general human community which e.g. can arise in the city scape where people for better or for worse constantly are referred to each other. In this way Flensburg's work we live in each other draws lines between the private space and the public, the specific personal and the human general. 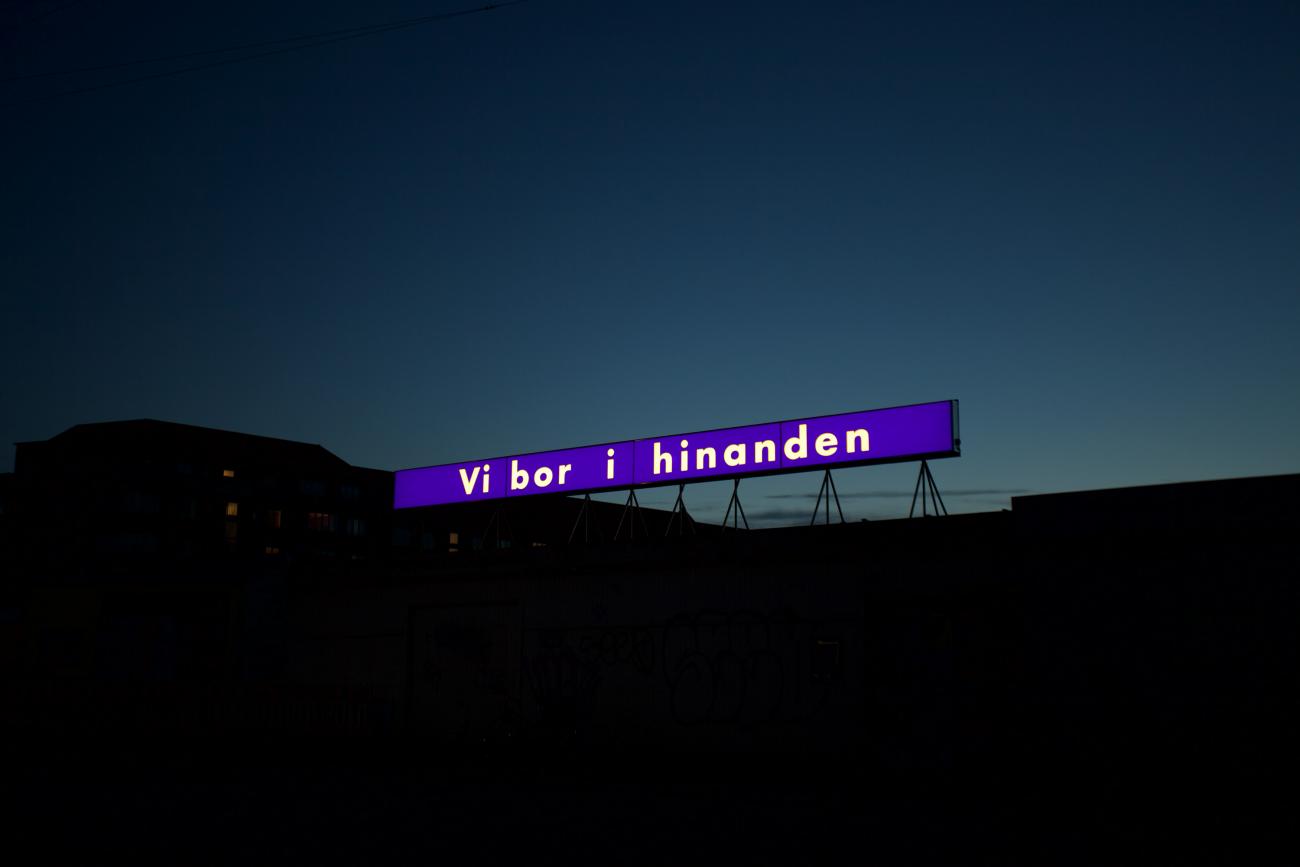 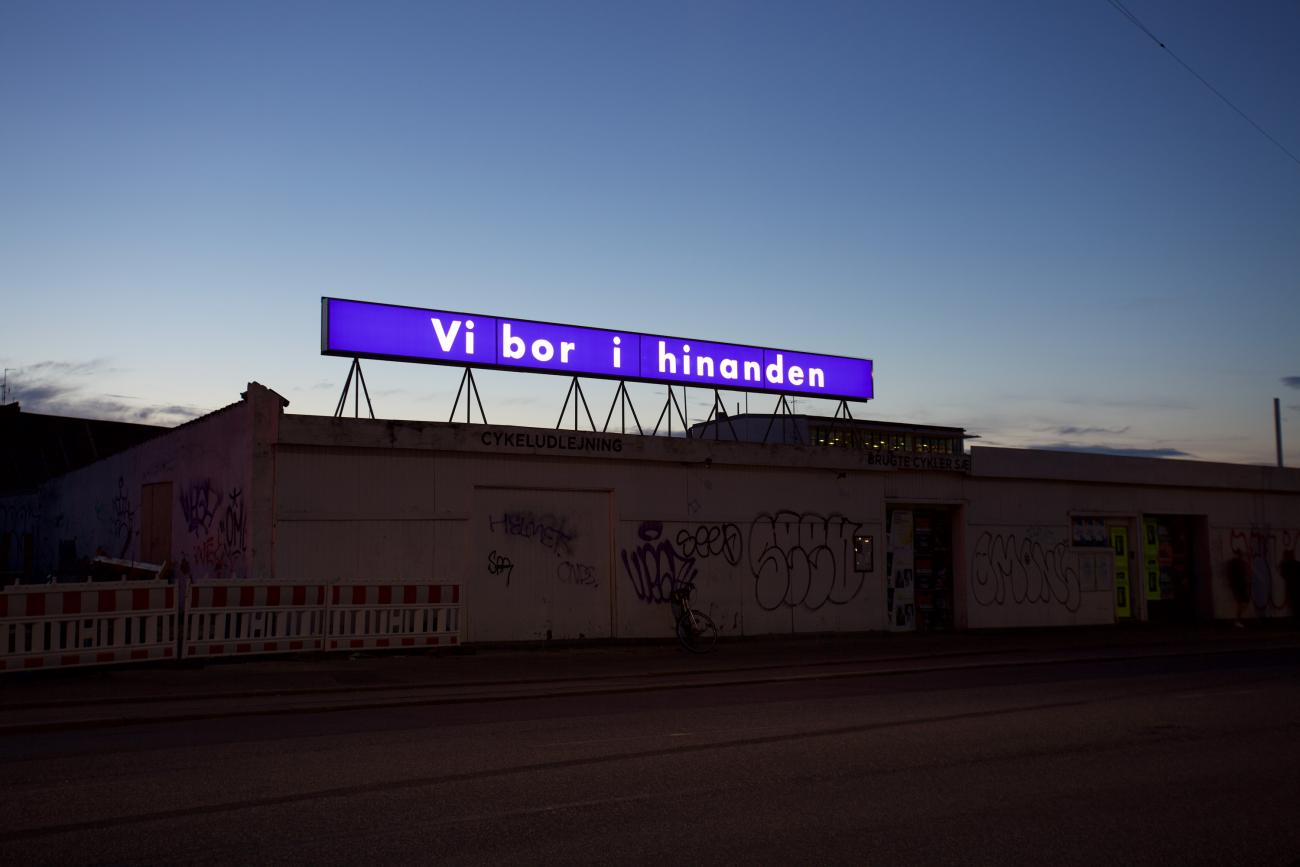 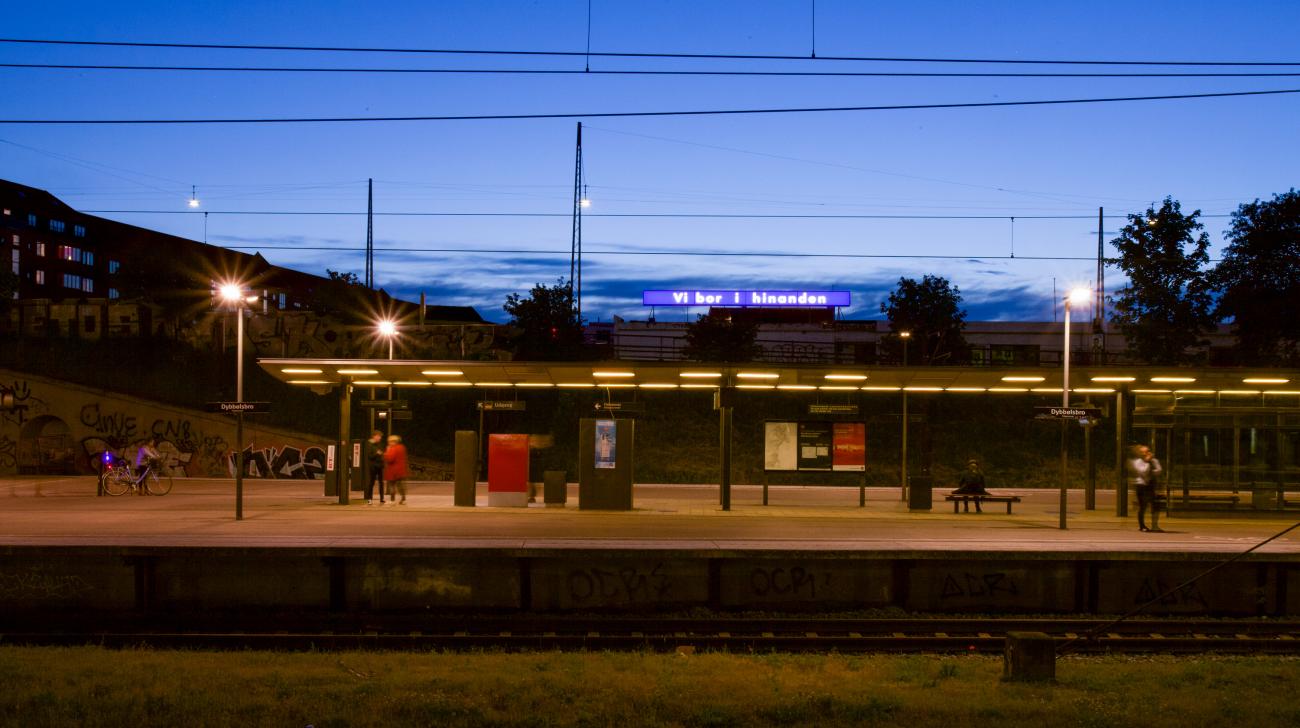